Are you ready??? This tech revolution is life changing.

I enjoyed nearly 46 highly active years as a corporate HR professional before deciding to retire. And 3 days later I realized that retirement was boring and not for me.

I launched a job search and found that the most interesting jobs were not interested in me. Plus, I really couldn't shake my belief that it was time for me to do something new.

I then spent months researching and finishing the design for a product idea I first thought of decades earlier while serving in the US Army. I hired a Patent Attorney to research patent records to determine if my product design was free of other patent holders.

My attorney found that 14 people held patents on various parts of my product design. Still worse, had I taken action when the idea first occurred to me, I would have beat out the first patent holder by 5 years.

Now the truths of “striking while the iron is hot.” and “he who hesitates is lost.” are really burned into my consciousness.

Several months later I read shocking and disturbing reports on the January 2016 World Economic Forum’s (WEF) annual meeting in Davos, Switzerland. Seems something called the Fourth Industrial Revolution is estimated to have begun in 2015. Klause Schwab, Founder and Executive Chairman of the Forum said this is a tech revolution that will “fundamentally alter the way we live, work and relate to one another . . . that in its scale, scope and complexity, the revolution will transform humankind in ways never experienced before.”

I’m sure most of you knew about the tech revolution way before me. But I’m catching up real fast since retirement. I have seen and read how the revolution is already changing jobs, businesses and industries in major ways and on a large scale.  Like you, I too have read of new artificial intelligence, smart robotics, 3D printing, self-driving autonomous cars, the internet of Things, and of many new apps for almost everything.

It is very disturbing to me that the WEF and other sources are forecasting huge job losses, business closings, and industrial transformation on a massive scale by 2020. Interviews of 350 senior executives across 9 industries in 15 of the world’s largest economies are saying that current trends “could lead to a global net loss of more than 5.1 million jobs due to disruptive labor market changes during the period of 2015 – 2020."

The WEF chart below shows a total loss of 7.1 million jobs is expected along with a total gain of 2 million jobs. Two thirds of the job losses are concentrated in the office and administrative job family, while job gains are expected in several smaller job families.”

Also a 47% net loss of jobs is projected in the US as labor markets are transformed.

This all tells me that general office and administrative roles, traditional manufacturing workers and many construction jobs face the fastest job losses. So major job loss prevention responses are needed across many key sectors of our economy. It's critical, for example, that businesses actively support their current workforces through massive retraining programs. However many businesses seem to be more interested in investing in robotics and other forms of artificial intelligence which will accellerate loss of jobs for people.

It is also critical that governments create an environment enabling massive movements to retrain, re-skill and sustain workers so they can weather this tech revolution by keeping their jobs or finding new opportunities for employment. However, if the US government is emblematic of governments in the world's 15 largest economies, then those governments suffer from dysfunction and political gamesmanship.

While much has been said about the need for major reform in our process of basic education, I cannot believe its possible to weather the tech revolution by waiting for the next generation's workforce to become better prepared.

So it is critically important that individuals become personally responsible for upgrading their technical skills themselves and take a very proactive approach to their own lifelong learning. 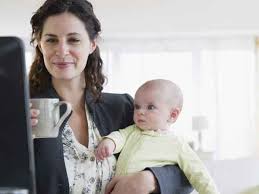 Few have the time and financial resources to return to school fulltime. People in such situations must pursue alternative means to upgrade their technical skills.

In short, everyone needs to update their technical skills and abilities in order to survive and possibly thrive in the tsunami of change and disruption caused bynew and emerging technologies.

I decided to do whatever I could to help people update and build their computer technical skills and survive and hopefully thrive in the tech revolution.

I hired a technical guru based in Mexico and established a company now called Burn To Learn as a  computer education/training channel on YouTube. My guru and his tech team build the technical infrastructure of the video production process and we have successfully produced 58 videos, attracted over 8000 viewers in 94 countries and have over 100 subscribers, all since April 6, 2016

Our videos are FREE so people around the world can have access to them and build computer skills conveniently at their leisure 24/7. Our sole purpose is to help people develop a better understanding of how commonly used computer tools and programs work so in turn, they would be better able to keep their jobs and /or better compete for new jobs as the Fourth Industrial Revolution unfolds.

If you want to learn more about Burn To Learn, please visit us at burntolearn.com. We would welcome your feedback.

You should also subscribe to Burn To Learn so you can automatically receive our videos.

Thanks for reading my blog.

I look forward to seeing you down the road.